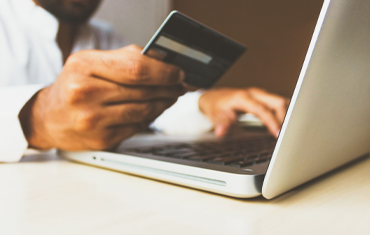 It was recently announced that Air Canada’s proposed acquisition of Aimia’s Aeroplan loyalty program had been granted regulatory approval — enabling the deal to proceed.

Air Canada issued a statement on Christmas Eve to reveal that its plans had cleared all of the Canada Transportation Act’s regulatory requirements. The acquisition is due to be completed in January 2019, provided Aimia’s shareholders are happy with the arrangements and conditions.

This is big news for Air Canada and its customers, particularly those who may be curious about how the Aeroplan program may change under its ownership. In this post, we’ll take a look at the connections between Air Canada, the deal that has been made and more!

The Beginning of Aeroplan

The backstory to this event is fairly complex, but here’s a brief breakdown:

Air Canada created Aeroplan itself back in 1984, as a frequent flyer program designed to boost loyalty and retain customers. However, almost 20 years later, Aeroplan ended up growing into its own wholly-owned subsidiary.

So, where does the acquisition come into play? ACE Aviation Holdings — the parent company behind Air Canada — brought forth its initial public offering for Aeroplan.

The Separation Between Air Canada and Aeroplan

Then, in 2017, Air Canada revealed it was to split from Aeroplan in 2020 — a move which sparked concern in countless customers who worried they may be unable to actually redeem their Aeroplan miles in the future. Air Canada set their minds at ease and confirmed all reward miles would be honored.

Air Canada has promised the loyalty program it plans to launch will be a highly-competitive system, enabling members to take advantage of personalized service. With the sheer number of loyalty schemes on the market today, it’s not hard to see that Air Canada has its work cut out to help its new one stand out from the rest.

The airline and Aimia signed an agreement to purchase the loyalty program for a staggering $450 million CAD in cash. Air Canada also said it would assume $1.9 billion CAD of miles liability for Aeroplan.

The new loyalty program will involve credit-card loyalty points and partnerships with other companies, as deals have been made with the Canadian Imperial Bank of Commerce and the Toronto-Dominion Bank.

If you’re a member of a loyalty program (such as Aeroplan), you can take advantage of some great perks — but actually finding the time and motivation to use your award miles can be tricky.

So, why don’t you sell them for cash instead?

Choosing to sell miles for cash gives you more flexibility and freedom to essentially claim your own rewards. How? You can use the money you receive from your miles for anything you like, such as a family break!

Market Place For Buying
And Selling

Market Place For Buying And Selling